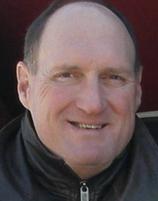 Garry has been working with couples, families, and individuals for 33 years. Prior to working as a therapist he was a campus minister with Campus Crusade for Christ at The University of Georgia for 6 years and then a salesman for a small oilfield services company for 6 years. As a result, he has seen life from several perspectives...

Experience You Can Trust

Garry and Sandra have been married for 46 years and have 2 children and 3 grandchildren. Their daughter is a professional opera singer and CFO of an international landscape architectural firm. Their son is an Art Director for a computer gaming company. Both are married and their son and daughter-in-law have 3 children...​
​

“Even the Tallest Peaks are

Conquered by the Light"

Sunrise on the Matterhorn

Garry mostly works with married couples. He is passionate about helping couples heal and has had extensive training. Often, men are afraid of being blamed for all the problems if they go to counseling. Garry's goal is not to assign blame but to understand what happens when a couple's attempts to get their needs met in the relationship fail...